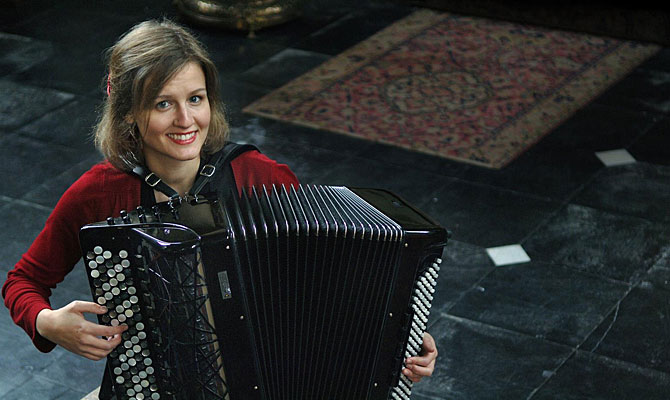 Elke got her first music lessons at the age of 5, from an organ teacher. A year later she started playing the accordion, a Pigini Peter Pan model (teacher: Eddy Flecijn). During her carreer, she was awarded several prizes and was finalist and laureate of several national and international competitions. Elke studied accordion (teacher: Eddy Flecijn) at the “Lemmensinstitute” in Leuven (BE). In June 2010 she graduated with highest distinction and is now in possession of her Academic Master Degree for Music (option Accordion). Apart from that she also graduated as a Music Teacher with high distinction. She has been taking master classes from: Jaques Mornet (FR), Mika Vayrynen (FIN), Alexandr and Vitaly Dmitriev (RUS), Claudio Jacomucci (IT), Franck Angelis (FR)… Elke played international concerts in Sweden, Mozambique, France, Germany… Since 2011, Elke is the proud owner of a Pigini Novà.
SITO WEB