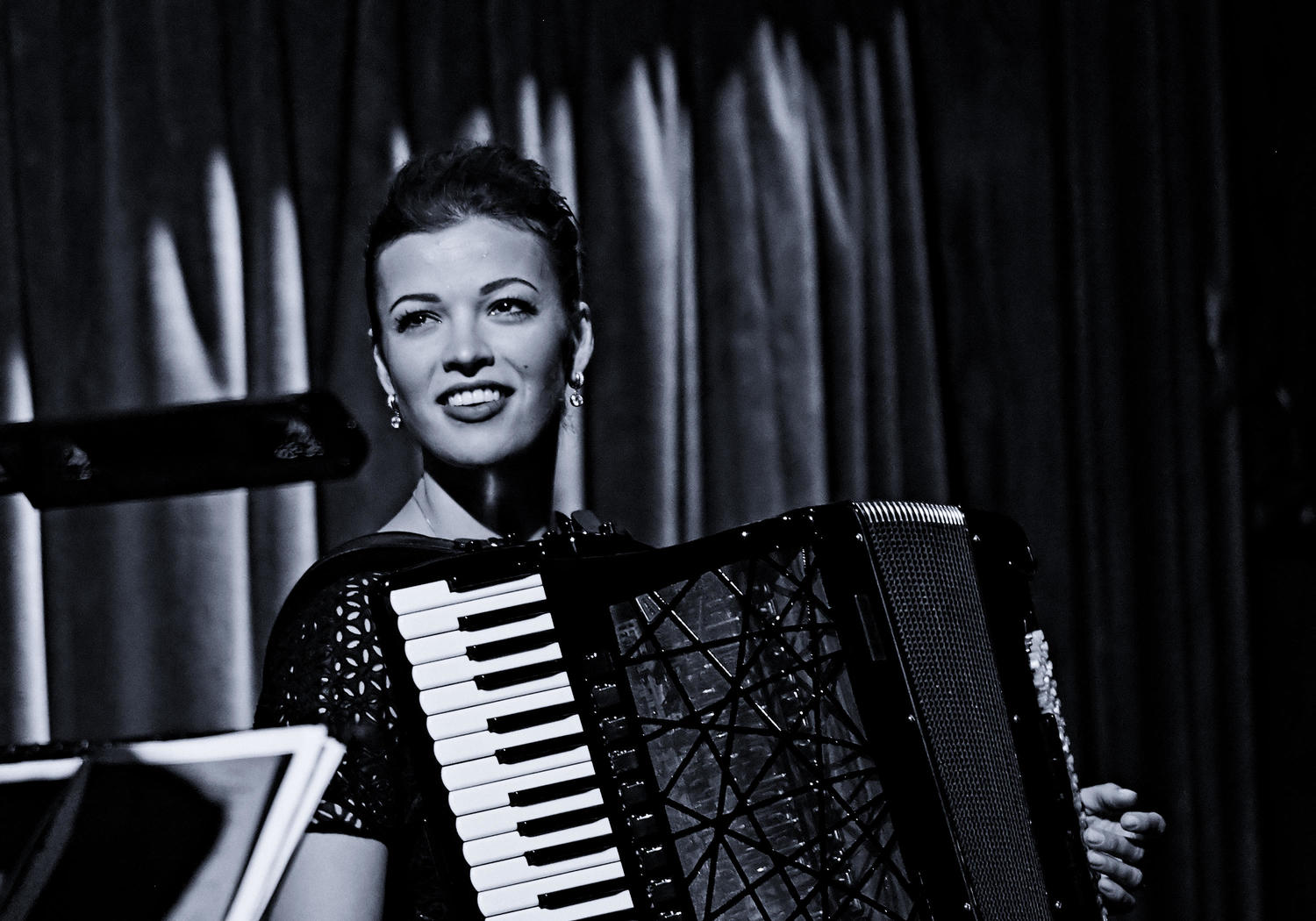 Praised as “superbly subtle and virtuosic” (The Arts Desk) and “an amazingly accomplished artist” (Classical Source), Ksenija Sidorova is the leading ambassador for the accordion.

Encouraged to take up the instrument by a grandmother steeped in the folk tradition of accordion playing, Ksenija started to play the instrument at 8 under the guidance of Marija Gasele in her hometown of Riga. Her quest for more exposure to both classical and contemporary repertoire took her to London where she became a prize-winning undergraduate at the Royal Academy of Music studying under Owen Murray.  She subsequently received her Masters Degree with Distinction.

In 2009 Ksenija made her debut at London’s Wigmore Hall and appeared in the Park Lane Group Young Artists Showcase prompting The Times to single her out as “one of the real finds of the series”. In 2012 she won the International Award of the Bryn Terfel Foundation, and in 2015 she appeared at the Royal Albert Hall as part of his 50th birthday celebrations alongside Sting.

Ksenija boasts several qualification and awards such as the “National Talent Competition” in Latvia, the International Accordion Competition in Novosibirsk (Russia), the St. Petersburg Prize (Russia), the prize of the Città di Montese (Italy) .

During his career, she has worked together famous composers such as Karl Jenkins, Hans Abrahamsen, Stefano Gervasoni, Nirmali Fenn, Samantha Fernando, Carlos Duque, Elspeth Brooke and Patrick Nunn. Ksenija regularly collaborates with Miloš Karadaglić, Juan Diego Flórez, Nicola Benedetti, Thomas Gould and Joseph Calleja. She works extensively with Avi Avital who, along with Itamar Doari, comprise the trio for the “Between Worlds” project which has seen performances at Shakespeare’s Globe, throughout Germany and on a substantial US tour.