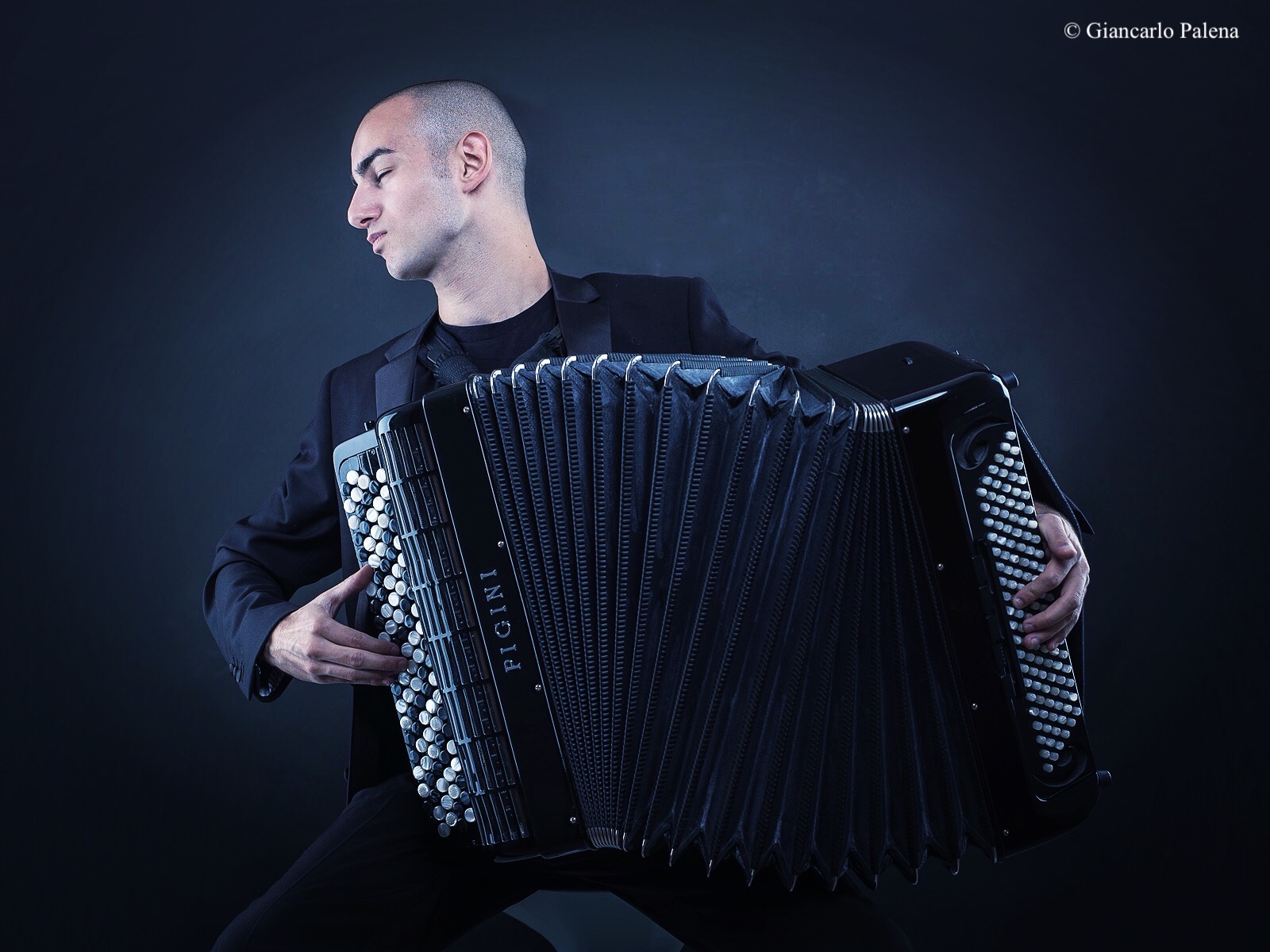 Giancarlo Palena, born in 1995, began studying accordion at the age of 7 with Mario Stefano Pietrodarchi, with whom he obtained chamber music specialization with honors. In 2019 he obtained the Master’s Degree in Accordion with honors at the University of Music Frederyk Chopin in Warsaw, under the guidance of Klaudiusz Baran.
In 2019 he won the fifth edition of the prestigious Sir Karl Jenkins Music Award. The song “Un chanson sans paroles d’un Film Noir” was especially composed for him by Karl Jenkins.
Among the several awards obtained in national and international competitions, in 2015 he was selected as the best Italian representative for the 68th Coupe Mondiale, held in Turku (Finland), obtaining the third prize.
In 2016, during the ceremony for the European Music Festival held in the Italian Paliament, he received the medal of the Chamber of Deputies from the President Laura Boldrini to reward his talent and his international achievements.
Multifaceted musician who ranges from baroque to contemporary, he plays also the Bandoneón instrument, performing in Italy and abroad, Austria, Belgium, Finland, Germany, Greece, England, Ireland, Malta, Oman, Poland, Portugal, Qatar, Romania, Serbia, Sweden, Switzerland and Turkey.
He attended advanced musical courses in Italy and abroad with Yuri Shishkin, Miljian Bieletic, Owen Murray, Geir Draugsvall, Cesare Chiacchiaretta and Voijin Vasovic.
Since 2022 he has been Teacher at the Conservatory of Music Fausto Torrefranca of Vibo Valentia.