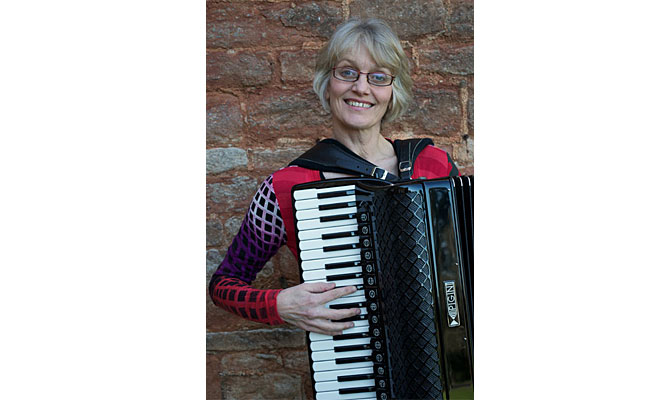 Karen began playing the accordion at the age of seven and went on to become the British Virtuoso Champion in1981/2 and competed in the World Championship in Hamburg and Folkstone. Now a freelance musician she is in constant demand for a broad range of projects encompassing classical, contemporary and jazz. In the jazz world she has been a regular member of Mike Westbrook’s projects as well as playing with Tim Garland, Martin Taylor, Phil Robson, Steve Arguelles, Nikki Isles and Tina May. She has produced three CDs of her own featuring Stan Sulzman, Fred T Baker, Mike Outram, Guy Barker and Sara Colman. Other performing credits include Grace Jones, Ute Lemper, Martha Wainwright, the Royal Shakespeare Company, BCMG, The Nash Ensemble, Ice Breaker, Opera North, BBC Philharmonic, the RPO, the LSO, Sir Willard White, Tango Siempre, Royal Opera House and many West End productions. As a saxophone player she was a member of the well known and highly successful all-girl saxophone quartet ‘The Fairer Sax’ who appeared on television and radio and at festivals all over the world. As a composer Karen specializes in writing music for the saxophone, from solos to large ensembles, many of which are published by Boosey & Hawkes, June Emerson and Saxtet Publications. Her pieces now appear in virtually every music exam syllabus in the UK. Her composition for solo accordion “In the Ballroom with the Rope” took first prize at the London Accordion Festival, Composition Competition, 2001. Other compositions for accordion are available from her website www.karenstreet.com
SITO WEB