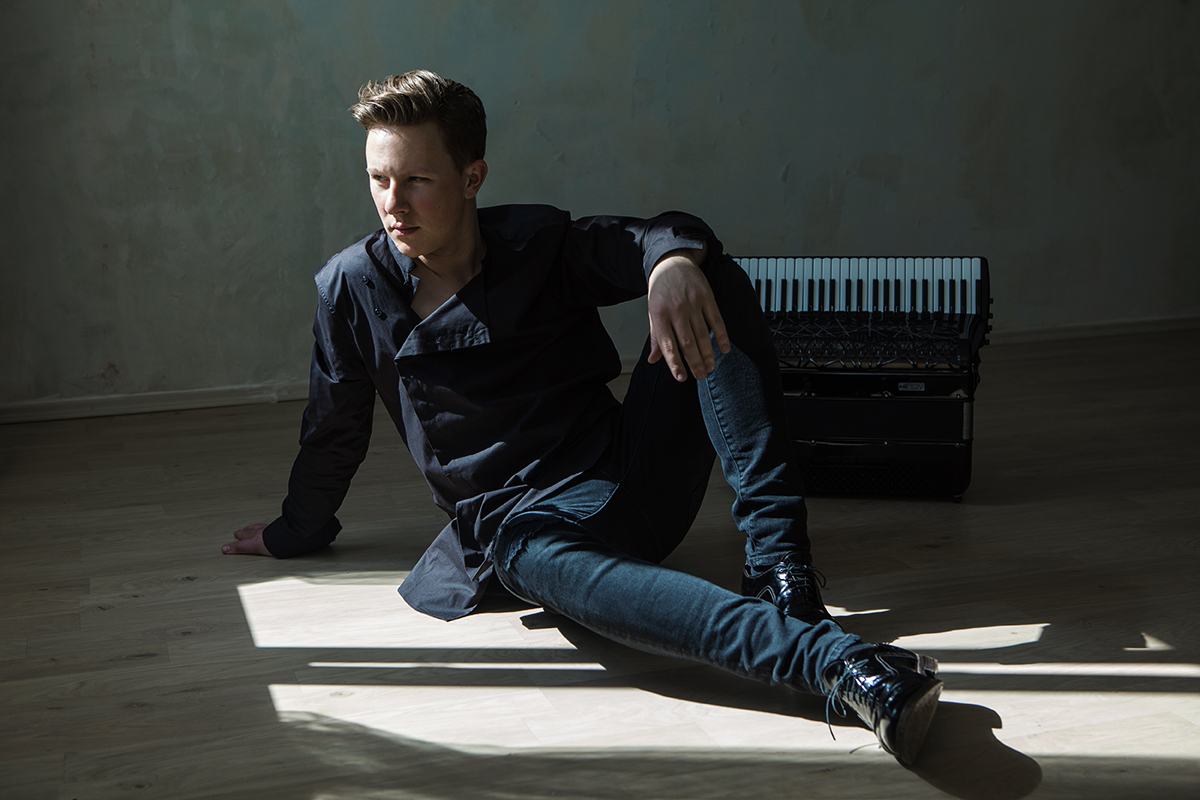 “The amazingly talented Martynas Levickis, the man who is single-handedly reinventing the accordion” The Independent

Praised by The Times for his “mastery of an instrument once dismissed as a squeezebox”, accordionist Martynas Levickis has captivated audiences and critics alike with his musicality, charisma and dynamic performances. Martynas is a dedicated ambassador for his instrument, widely admired for his virtuosic performances in classical and contemporary genres.

Encouraged by his family, at the age of just three Martynas began to teach himself the traditional folk music of his home country Lithuania. At eight years old he started to learn formally at the S. Sondeckis School of the Arts in his hometown of Šiauliai, later continuing his undergraduate studies with Owen Murray at the Royal Academy of Music and postgraduate studies with Iñaki Alberdi at Spain’s Musikene. Martynas has taken masterclasses with Claudio Jacomucci, Friedrich Lips, Masimiliano Pitocco and Matti Rantenen. He is the recipient of over 30 awards internationally, including winner of the Coupe Mondiale World Accordion Championships. The first accordionist to be signed to Universal Music’s Decca Classics label, his eponymous debut album went straight to the top of the UK Official Classical Album Chart.

Martynas curated the Christopher Festival Accordion Week 2012-14. He is Artistic Director of Composers+ Summer Academy, the annual event he founded in 2014 with the objective to create and premiere new music for accordion with chamber ensemble, and of Vilnius Accordion Music Week.

Martynas is an Associate of the Royal Academy of Music in recognition of his distinguished contribution to music in his field. He sits on the Advisory Board of the Lithuanian World Arts Council.

Martynas plays a classical accordion Pigini Nova, thanks to the generous support of The Lady R Foundation.
SITO WEB