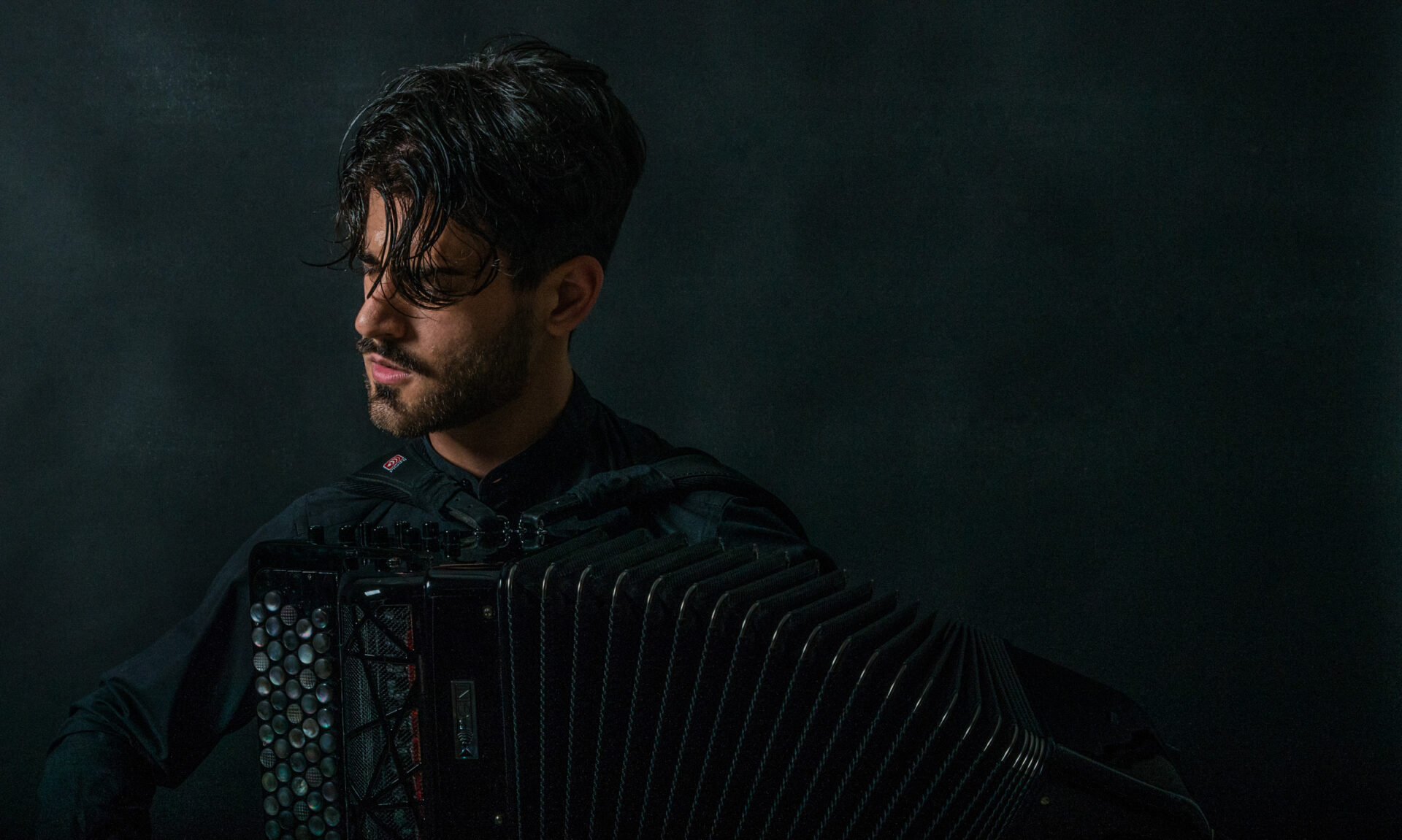 Alberto Nardelli, from Salento, started to study the bayan accordion at the “Tito Schipa” Conservatory in Lecce under the guidance of Maestro Germano Scurti.
At a very young age he performed in the orchestra “ICO T. Schipa di Lecce” doing his first solo recital at the age of sixteen.
He is the winner of numerous national and international classical music competitions.
In 2017 the 4th place in the “Masters” category of “Trophée Mondial de l’accordéon”.
In 2018 the 4th place in the “Masters Coupe Mondiale” category of “71st Coupe Mondiale”.
In 2019 the 1st prize in the international accordion competition “Italia Award 2019” – Roseto degli Abruzzi (TE).
In the same year he won the XIV edition of the National Arts Award in the musical interpretation accordion section, at the Convervatory of Music “L. Perosi ”of Campobasso.
In 2020 he is a guest with his trio “Sirius Accordion Trio” in the Italian television on RAI1 where he represented the Tito Schipa conservatory of Lecce.
In 2021 he obtained the first prize in the XXI edition of the Val Tidone International Music Prize in the Solo Instruments section. In the same year, the second prize in the international chamber music competition “Trio Pakosky” with the Sirius Accordion trio. With his trio he got also the first prize in the 4ème concours international “Accordéons-nous.org. 2021 ”in the Chamber Music section, the second prize at the 46th edition of the International Accordion Award (PIF di Castelfidardo) and the first prize at the“ 74th Accordion World Coupe ”.
He attended several master classes with renowned Musicians: Friedrich Lips, Vojin Vasovic, Dario Flammini, Pawel Feniuk, Petar Maric, Massimiliano Pitocco.
His intense Solo and Chamber concert activity led him to play in many theaters, holding concerts in several concert seasons.