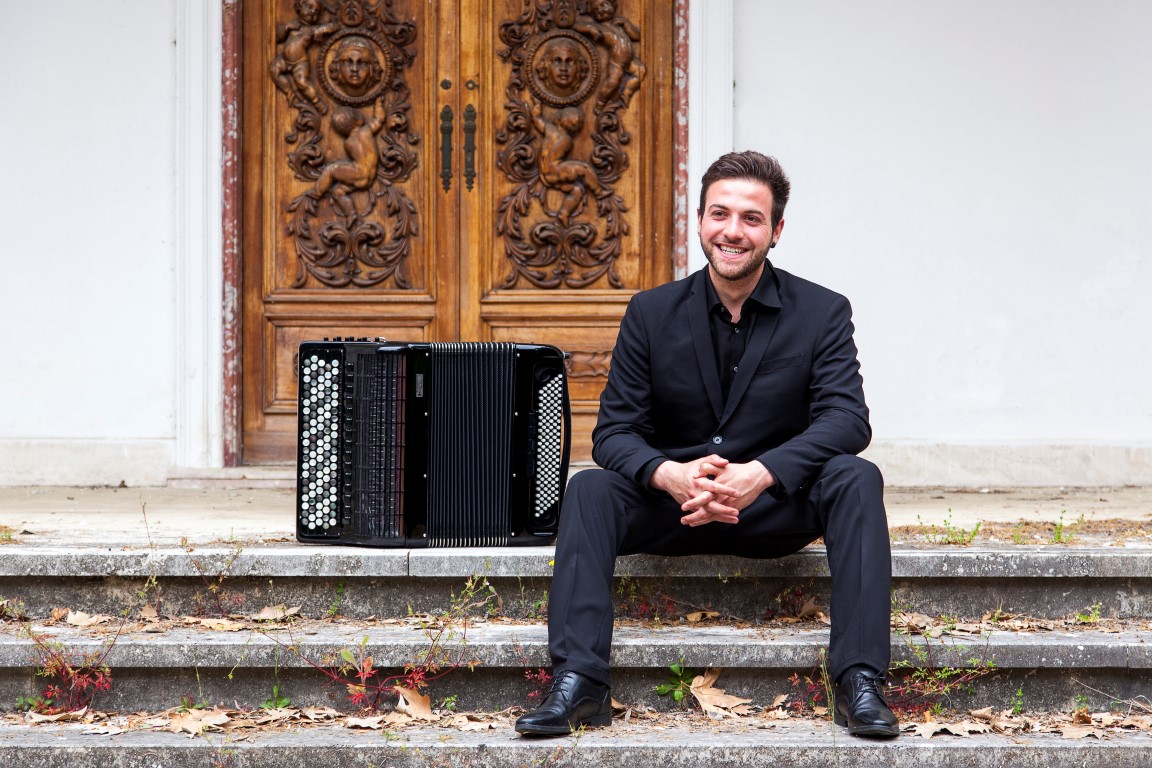 Alberto Vernarelli born in Avezzano 14/05/1993. He began studying traditional accordion at the age of 8 years under the guidance of Maestro CARUSI CESIDIO. At age 12 he began to study the chromatic accordion (bayan) at the Conservatory “A. Casella “L’Aquila under the guidance of M ° DARIO FLAMMINI. At 13 years he has represented the Conservatory in a radio broadcast took place at nelVATICANO “Vatican Radio”. He has participated in various national and international competitions including: TROPHY CITY ‘CIRCLE, ARIANO IRPINO, Teramo, (national) always finishing as first overall, and CASTELFIDARDO, ATINA, (INTERNATIONAL) where he is ranked among the top 6 in the world . He won the XX International Competition for accordion of the city of MORRO D’ORO also getting the “STEFANO BIZZARRI” award (LIRA GOLD). He attended various MASTER CLASSES for ATRI, ROME FROSINONE with the great Maestro MAX BONNAY, FRIEDERICH DESCHAMPS, MIKA VAYRYNEN, CLAUDIO JACOMUCCI, VIATCHESLAW Semionov. He currently works with the POLYPHONIC CHORAL “Luco dei Marsi”, IDA PARIS in the duo “AER Musicalis” (Bajan-flute) .It has performed with the POLYPHONIC CHORAL “Luco dei Marsi” in CARTAGENA, SOUSSE, TUNISIA, in honor of elections Tunisian President Ben Ali and the “Cromatic DUO” with accordionist and bandoneon player Alessandro fischione live RAI (at the transmission CORRADO AUGIAS “STORIES” RAI 3) in honor of the 150th ANNIVERSARY oF tHE UNIT ‘oF ITALY. He performs classical and contemporary music.