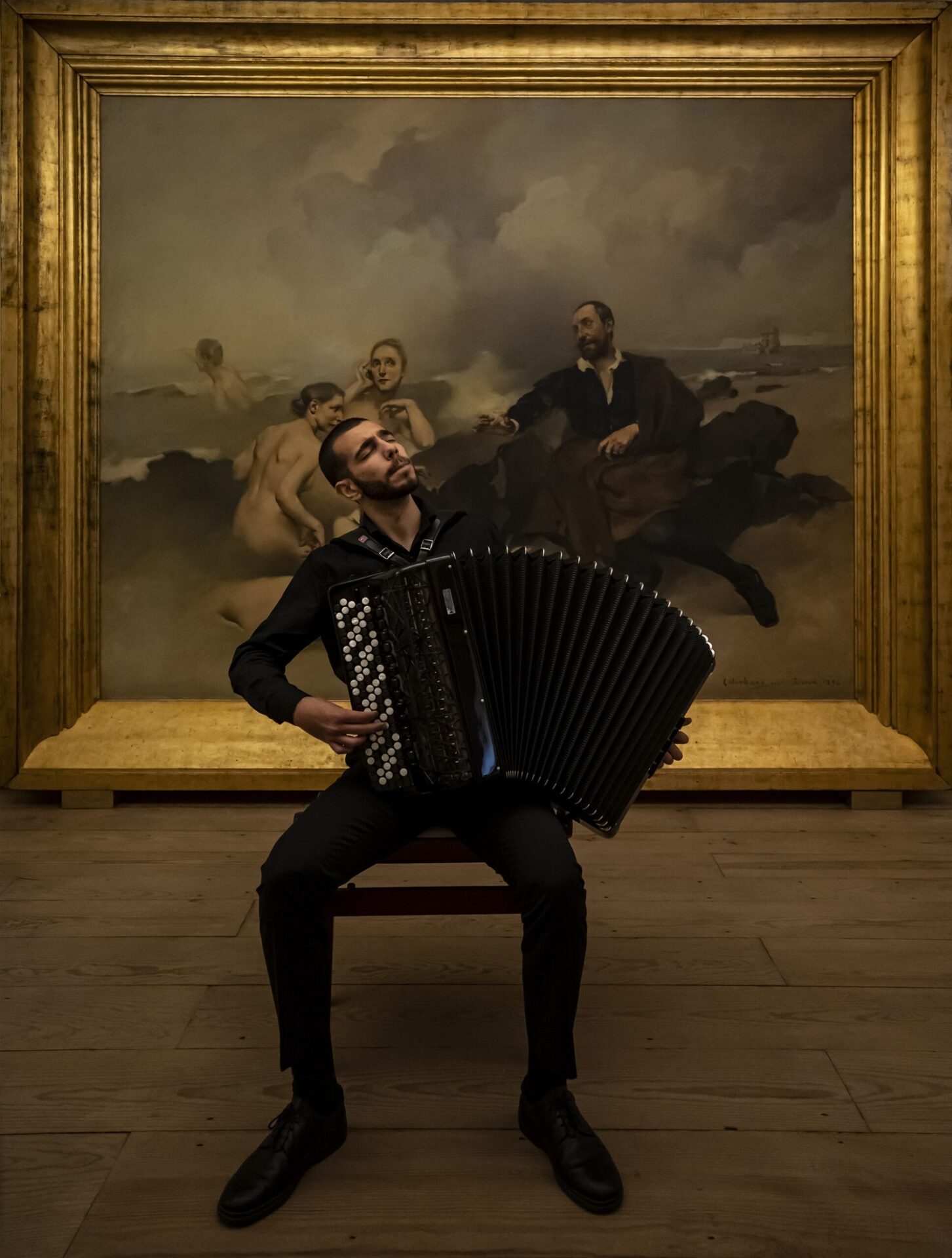 Flávio Rodrigues was born in Viseu, Portugal, in 2000.

He was introduced to the accordion at a very young age, since both his father and mother played the accordion.
He is currently studying at the Royal Academy of Music in London with Professor Owen Murray.

He has already premiered new pieces for accordion working with Academy composers such as Dr. Timothy Bowers, contributing to the development of the accordion’s repertoire.
During his studies in London, he has had the opportunity to work with other famous accordionists: Alfred Melichar (Austria), Friedrich Lips (Russia), Borut Zagoransky (Slovenia), Franck Angelis (France) and Mario Stephano Pietrodarchi (Italy).
Some of his most important performance opportunities were at King’s Place and the St Michael’s Arts Festival. He also had the opportunity to work with the Royal Academy Opera performing The Cunning Little Vixen.