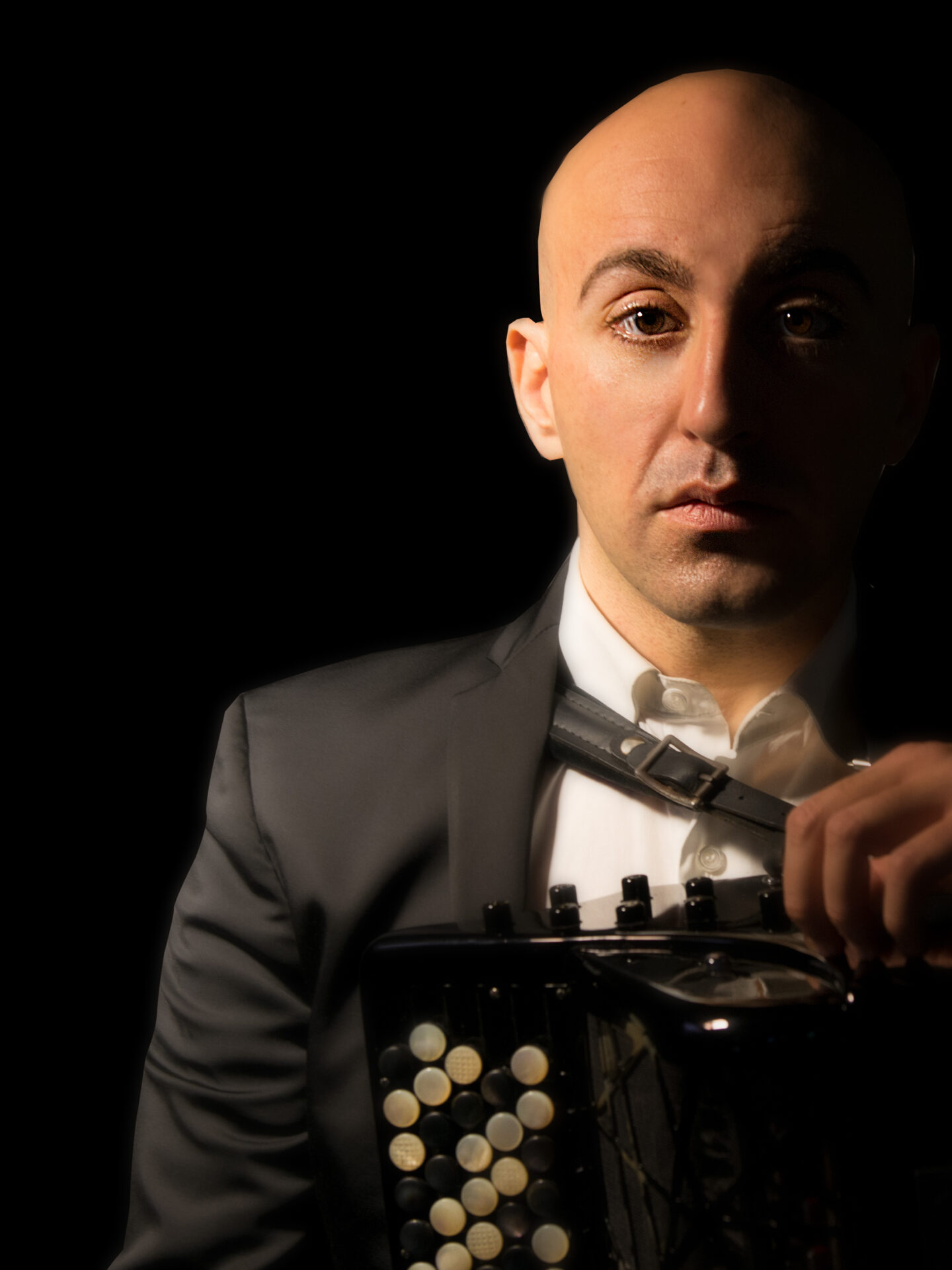 Giuseppe Scigliano, Italian classical accordionist, bandoneonist and teacher, is considered as one of the most multifaceted and virtuous instrumentalists on the Italian accordion scene.

He began studying Classical Accordion at an early age with Maestro Mario Castellacci, he graduated with honors at the “Santa Cecilia” Conservatory of Music in Rome with Maestro Massimiliano Pitocco.

Under the guidance of Claudio Jacomucci he attended the three-year course of the “Higher Accordion School” at the “G.Lettimi” Conservatory of Rimini.

His research on the classical and contemporary repertoire is aimed at the development and discovery of new techniques for accordion literature.

Winner of many National and International competitions, he performed as solo and in some ensemble in many theatres around the world.

In 2006 in collaboration with “Cecchi Gori International” production, he recorded the soundtrack composed by Franco Piersanti of the famous movie “IL CAIMANO” by Nanni Moretti.

He often gives masterclasses about Classical Accordion, he is frequently a member of the jury of several international competitions such as la “Mendelsshon Cup” of Taurisano, il Trofeo Internazionale “Città di Greci”, “Strumenti&Musica Festival” of Spoleto.
In 2021 he founded the Classical Accordions Trio “Fatum Trio” with Massimiliano Pitocco and Angelo Miele.
Teacher of Classical Accordion course at Conservatory Music “Giuseppe Martucci” in Salerno.