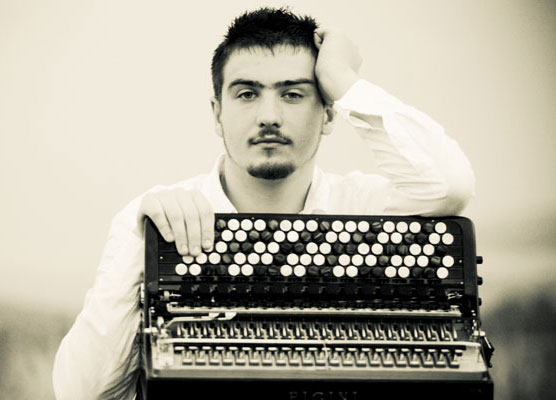 Bartosz Glowacki is a young Polish musician born in 1992.

He graduated from the National Music School in Sanok under the guidance of the Masters Grzegorz Bednarczyk and Andrzej Smolik.

He is currently studying at the Royal Academy of Music in London with Owen Murray, receiving a scholarship for the first year of study.

Bartosz was dedicated to the accordion since the age of nine years and soon became known for the numerous awards won thanks to his brilliant music can boast over 35 awards, including 17 first places.

And ‘he starred in the world premiere of a work by Diana Burrell, called “Prime” for accordion and cello.

In 2011 it is time for another premiere, this time “Anamorphoses” Johannes Schöllhorn and to accompany him, there were members of the Philharmonic Orchestra of London.

the Patrons of The Royal Academy of Music Award playing in the Wigmore Hall was a finalist Twice in 2012 and 2013.