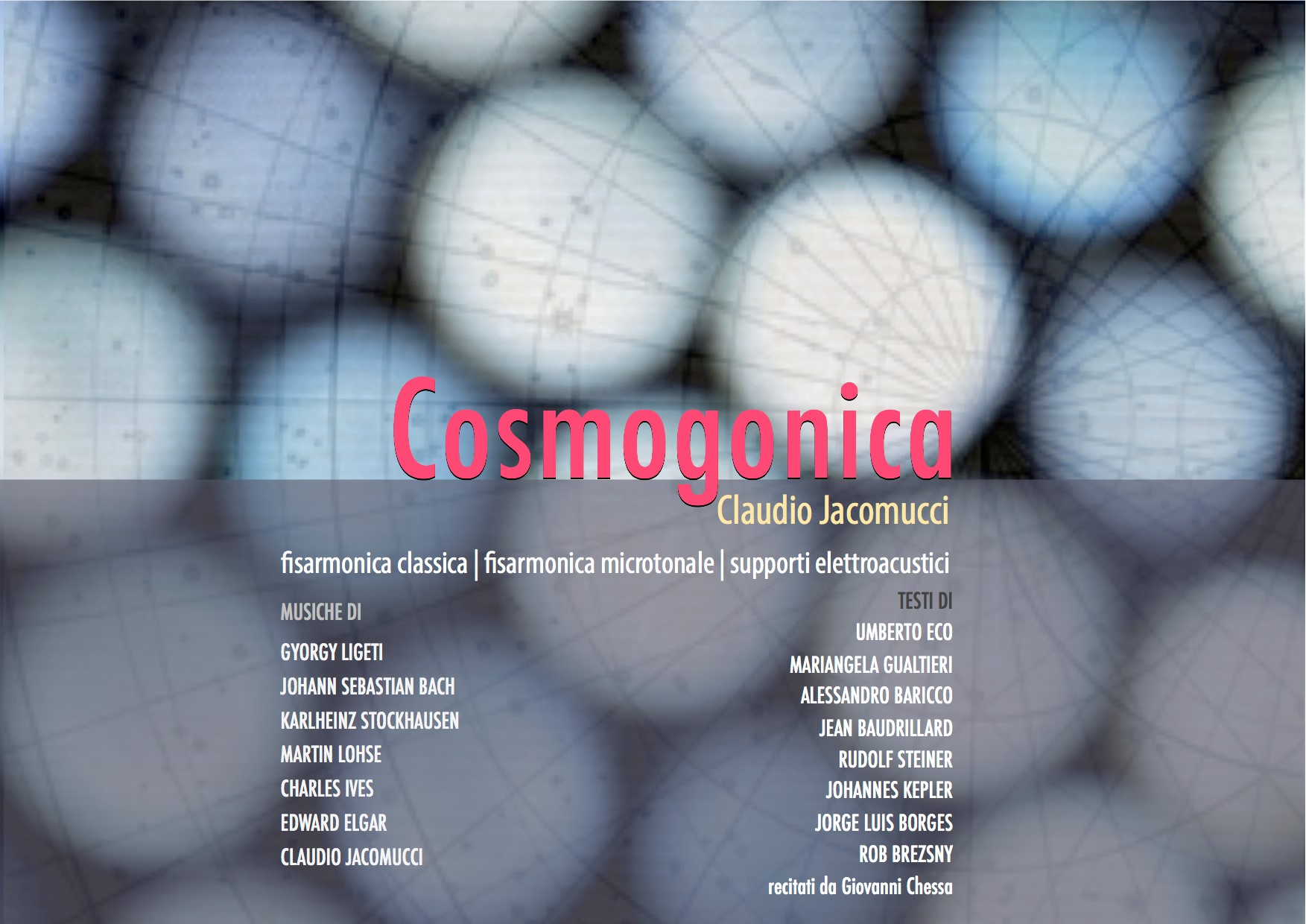 Both in cosmogonic myths and in traditional cosmology, we speak of sound and music.
According to Pythagoras, theorizing the principle of the music of the spheres, the Sun, the Moon and the planets of the solar system, as a result of their rotation and revolution movements, would produce a continuous, imperceptible sound from the human ear and all together would produce harmony.
This concert is a journey into the music and thought of composers, poets, scientists and philosophers of different ages that somehow reconnect to astronomy; a kind of Voyager Golden Record with a program ranging from The Unswered Question by Ives to the unfinished counterpoint of JSBach’s Escape Body, from the zodiac constellations of Stockhausen to the enigma of Elgar, from the Ligeti sound casting to the Lohse polyrthms , passing through a series of original compositions by Jacomucci for his “pneumatic machin”, an excellence accordion, exploring the potential to extreme limits, sonority, technique, and intonation, while also offering a prototype from him designed with microtonal accordion, tuned to quarter-tones and prepared.
The use of pre-recorded sounds (almost always concrete and natural) creates the depth of acoustic space while the suggestive texts by Umberto Eco,Mariangela Gualtieri, Jorge Luis Borges, Alessandro Baricco, Johannes Kepler, Jean Baudrillard, Rudolf Steiner and Rob Brezsny they are a reflective counterpoint to music; as Eco writes: “After all, we seek, in our lifetime, an original story that tells us why we were born and lived. Sometimes we search for a cosmic story, the story of the universe, sometimes our personal story. Sometimes we hope to make our personal story coincide with that of the universe”.