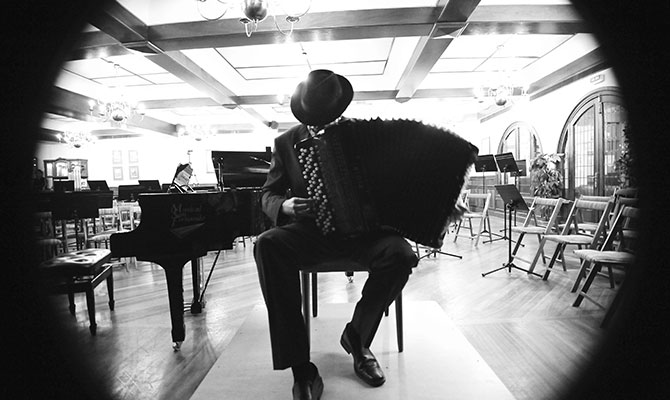 Pablo Zinger, (former pianist of Piazzolla), in talking about Gorka Hermosa, said: “The music of Gorka Hermosa has impressed me for its originality, its atmosphere of his virtuosity, making the contrasts of the world as an intense reality . it ‘a very talented artist to be observed closely. “Born in Urretxu, Gorka Hermosa is a multi-faceted musician and a complete artist: accordionist, composer, teacher, writer … Gorka Hermosa was the first Spanish accordionist to perform as soloist with a symphony orchestra. as a classical composer, his pieces are often performed by musicians from 5 continents and in these days is traveling in South America with his Pigini accordion.

Take note of the following dates!