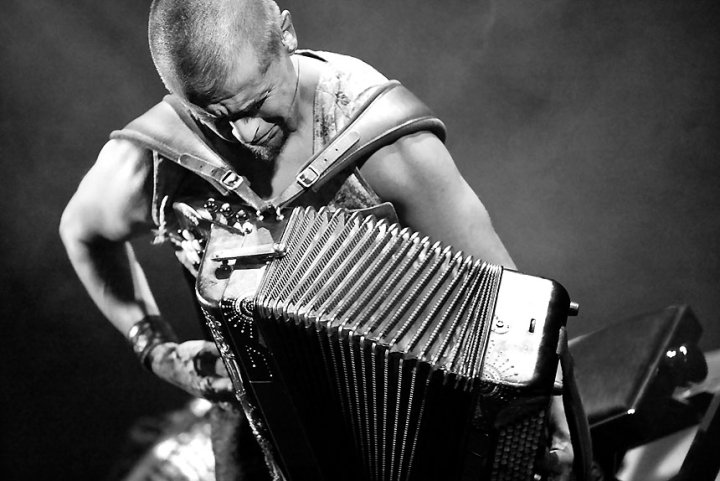 Kimmo Pohjonen is universally known as the shaman of the accordion.

He has performed together with numerous artists and bands from all over the world and has composed music for film, dance and theater.

We recall some of some of his album titles: “Uniko” with Samuli Kosminen and the Kronos Quartet, “Quiver” KTU with the Trio, with Pat Mastelotto and Trey Gunn of King Crimson.