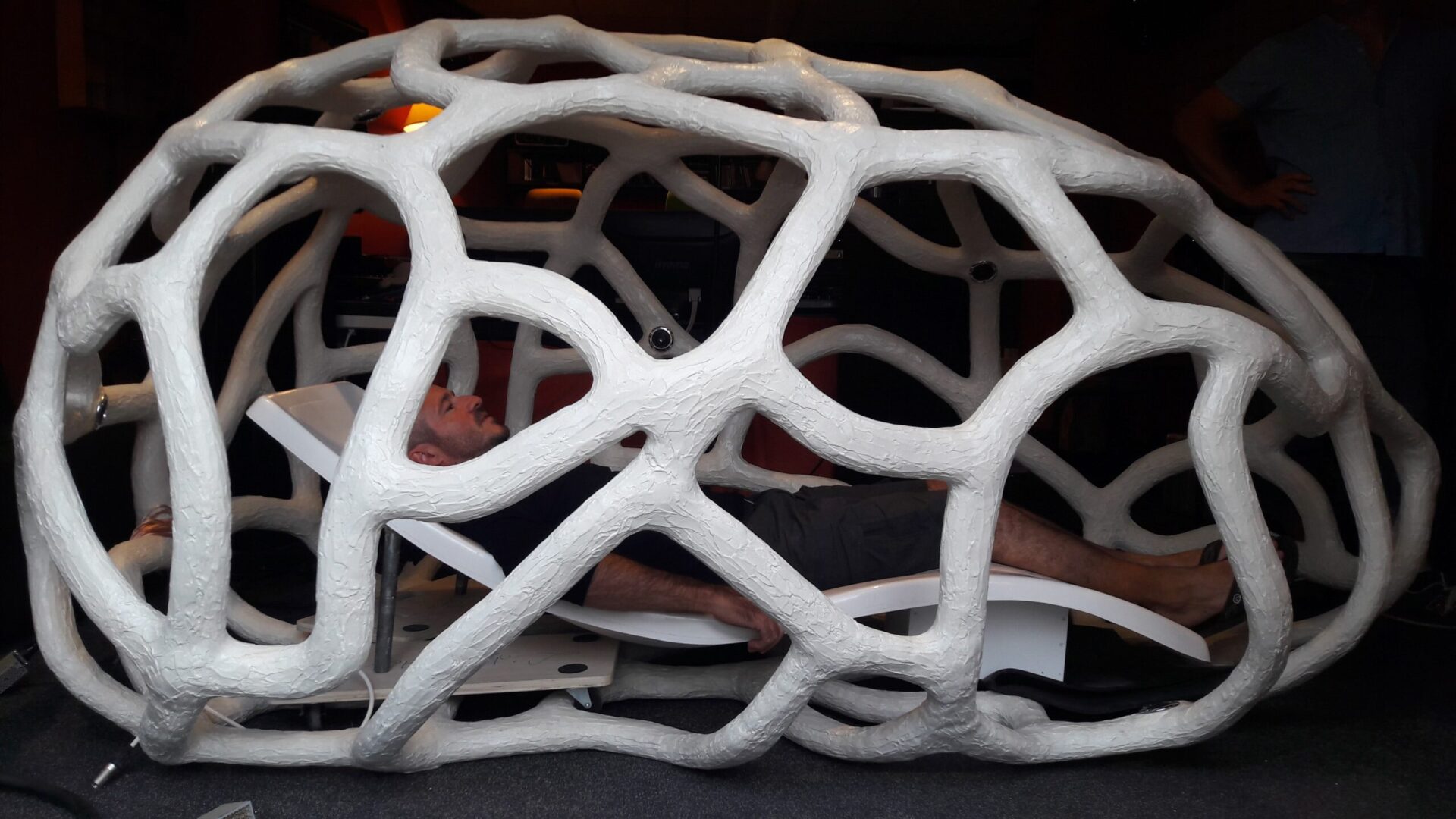 More than a stage name, for Arnaud Méthivier, “Nano” is rather the name of a constant contemporary project in which he is the artistic director. Since 1986 he has created emotions with shows, reports, writings, films and discs, and artistic events involving several artists.
His latest project “L’objet du désir” is a 3D sound art work realized set up in cooperation with the sculptor Dumé.

Unlike some others, this work offers an original peculiarity: it hostes a person in the interior of the sculpture, once laid down he just flows and the music composed by Nano takes him into another world.
The aim is to introduce a new way to communicate and share music, very different from the usual album. Unlike the classic physical CD, Arnaud wants to create a content based on the art principles out of the industrial market.
“The Internet and other technological tools of today’s world decline slowly music desire,” says Arnauld.
According to him, composition should be considered a true art work and not a consumer goods; the goal must remain the emotional transfer.
This project wants to awake in art lovers the desire to own and share music.

The work will be presented at the I Sulleons Festival on July 26th in Bastia and at the Nuit de Nacre Accordion Festival from 12th to 15th September in Tulle.
Don’t miss it! Reservations on https://www.nanomusic.fr/l-objet-du-desir