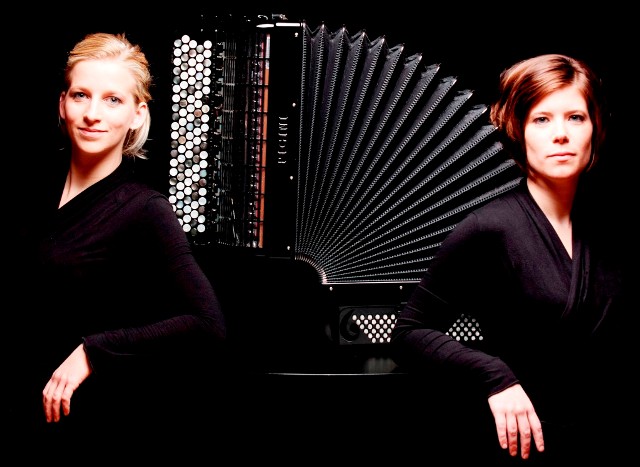 Toeac The duo consists of Renée Bekkers and Pieternel Berkers, both graduated at the Fontys Academy of Music and Master of Music student at the Royal Danish Academy of Music in Copenhagen. His is passionate and committed to musical experiments touching every nuance that the sound of the accordion can help by spreading a tool of extreme importance to the music of the past and the future. For this, as well as music from the classical repertoire, the duo is dedicated to musical experimentation in collaboration with artists from all cultural backgrounds, such as writers, visual artists, composers of electronic music, actors and dancers.
The girls have been playing together ever since I have known, at age 9, playing in the school orchestra A SIX, directed by Mayke Hendriks, an idea which was born the concept of the duo.
The duo can boast several awards including the first prize at the Dutch Accordion Competition (2004/2006), first prize at the Princess Christina Competition (2005), first prize at the International Grand Prix in France (2006), first prize at the International Accordion Prize ‘ in Italy (2007).