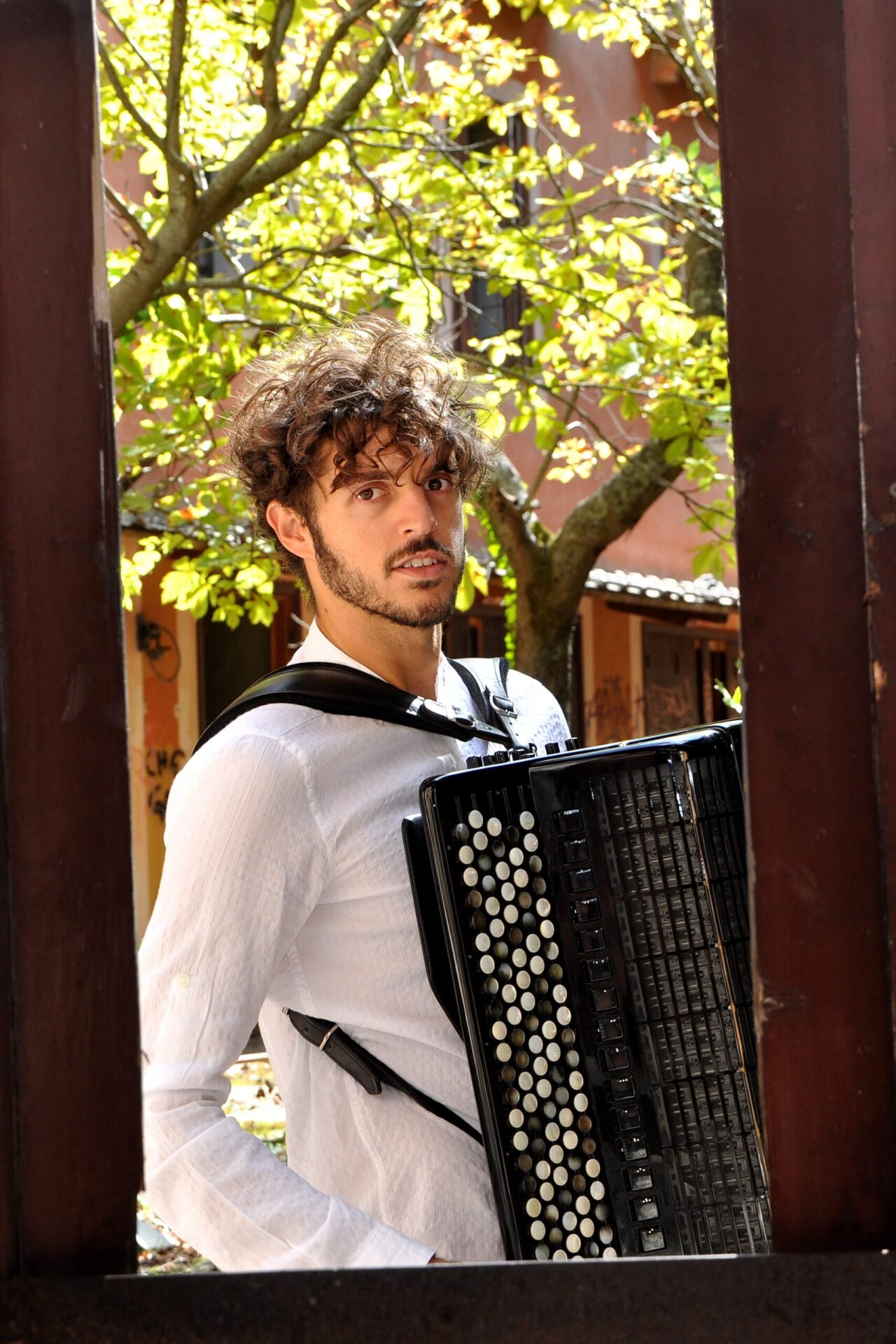 Andrea Pennacchi, born in Rome in 1991, discovered the passion for music at his early age.

He started studying music with M°Renzo Tomassetti and became soon the winner of several national and international competitions with excellent results.

He graduated with full marks at the Conservatory “Santa Cecilia” in Rome with M° Massimiliano Pitocco.

He has collaborated with many important art institutions, such as the National Academy of Dramatic Art Silvio D’Amico in the show “Cit(t)azioni”, and with Opera House of Rome in the opera “Brundibàr”, at the Palladium theater in Rome, directed by M° Carlo Donadio.

In 2016 he was guest at the Royal Danish Academy of Music in Copenhagen, where he performed in concert with other musicians. The same concert was repeated the following year at the Conservatoire Royal de Musique in Mons, Belgium.

He has performed in important theaters and art events, such as: Teatro Eliseo, Parco della Musica, Villa Torlonia, Teatro Vespasiano, Festival Armonie della Sera, Lago Maggiore Festival, San Leo Festivaand other ones, playing a varied repertoire from Baroque to contemporary music, either as a soloist, or playing chamber music (duo, trio, etc.) and with orchestra.

In addition to the solo career, he plays with his colleague and friend Samuele Telari, with whom he has formed the duo “Rison.An.Sa”.

Actually is teaching in the high musical school “D.Cotugno” in L’Aquila.