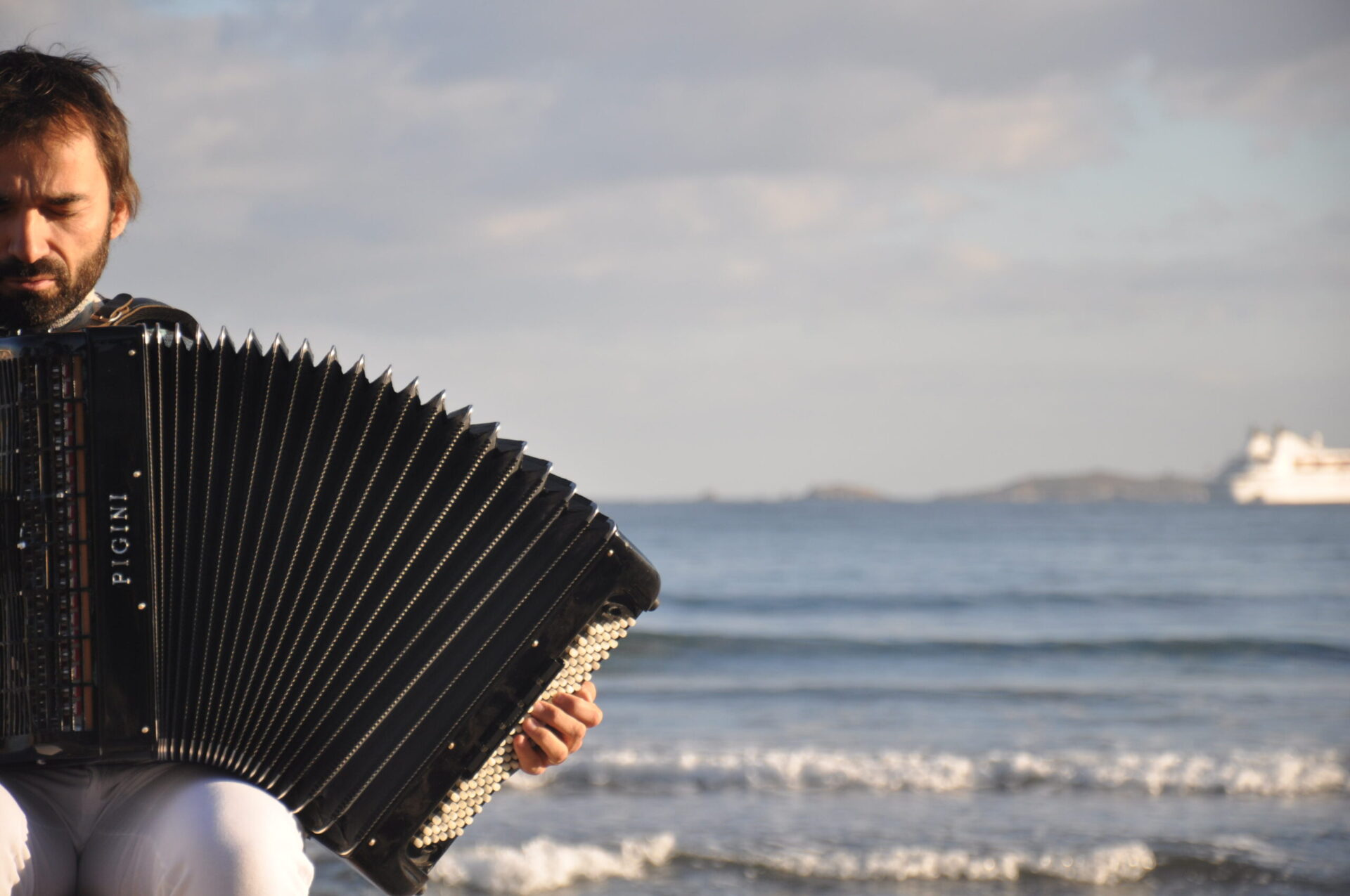 Arnaud Nano Méthivier, is an accordionist,singer, jazz composer, music improviser and musician of varieties.
He started to play the accordion at the age of seven thanks to his father, accordionist too. At just ten he started performing for important shows at Orléans.
In the 1980s, he met Marcel Kanche, a post-rock singer, who introduced him an underground music world with new frontiers. Thanks to him he met Kent and Stephan Eicher with whom, he founded the band “Les Innocents”.

He became soon a composer and in 1998 he recorded his first album, “Chansons”, followed by many others.
In 1990, the Atelier de création radiophonique of Radio France commissioned ten episodes dedicated to the accordion. Here he met Otto Lechner. They wrote together the album “L’autre côté du vent” (2004) and “Arnottodrom” (2007), under the name of “Arnotto” band.
In 2006, he directed the tour of the Nano and Friends show, where he performed with Catherine Estourelle, Kent, Hervé Rigaud, and Djamel Laroussi (leader of the Au P’tit Bonheur group).

He set up the C.I.R.A. Independent Artistic Center of Research.
With his personal project entitled “Nano” where the accordion is the essential element, he recorded the albums “Autre côté du vent”, “Ecorce” and “Accordéologie”, “Concert en Espagne”, performed in many tours.