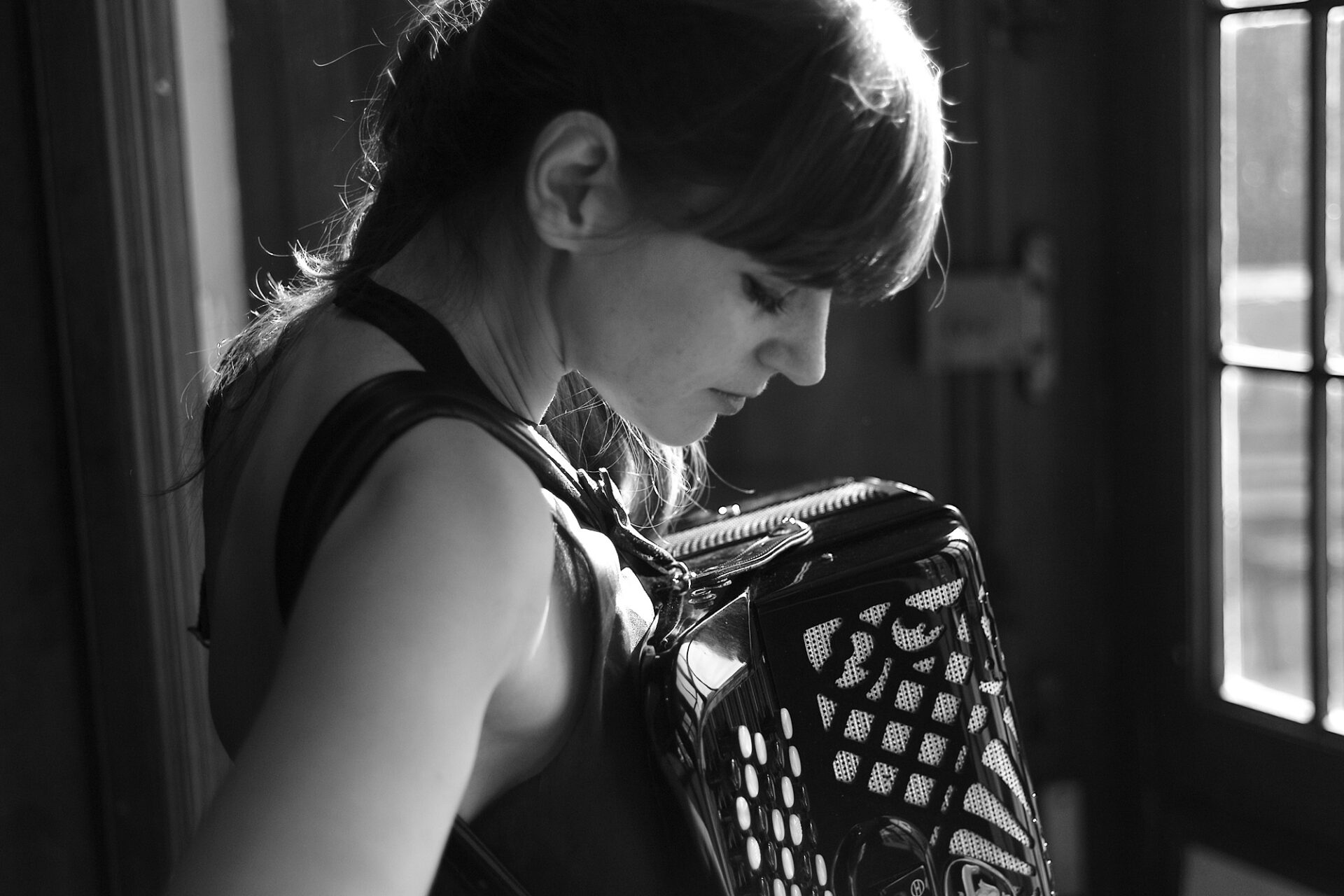 Born in Barcelona, Edurne Arizu moved to in order to study music and accordion at the Conservatory “Pablo Sarasate” with the Professor Nekane Iturrioz.

After finishing her studies in 2001, she came back to get a BA in Musicology at Universitat Autònoma de Barcelona (UAB). The subject area that really captured her attention was ethnomusicology. For this reason, she spent three months leaving in the Peruvian Amazon jungle back in 2007.

On the other hand, Edurne studied modern harmony and signing at the prestigious music school Taller de Musics in Barcelona.

She currently leads several bands as accordionist, singer and composer, collaborating with the “Chamber Orchestra of Granollers” and with the “Liceu’s Guitar Orchestra” as a soloist.

She explored other artistic fields, always accompanied by her accordion, such as the theatre, having the honor to work with Thomas Pandur, in 2009 (Madrid and Mérida). Moreover Adurne usually collaborates with ‘Pasadas las 4’, theater company from Navarra, with tours around Spain and in August 2018 for the first time, in Medellin.

She works also on the circus field with her sound track composition for F.I.R.A, show in which she participated both as actress and singer. She performed this play around Spain and France between 2014 – 2017.

She boasts of overseas experiences: she was invited to participate at the International Film Festival and in the “Contemporary dance Festival InColectiva” in Panama.

After recording several music albums, she is actually playing with several musicians in Barcelona and in the rest of Spain.

At the moment she combines her artistic activities with the music pedagogy as a teacher in “Luthier School” (classical music school) and “Tallers de Músics” (modern music school) in Barcelona.