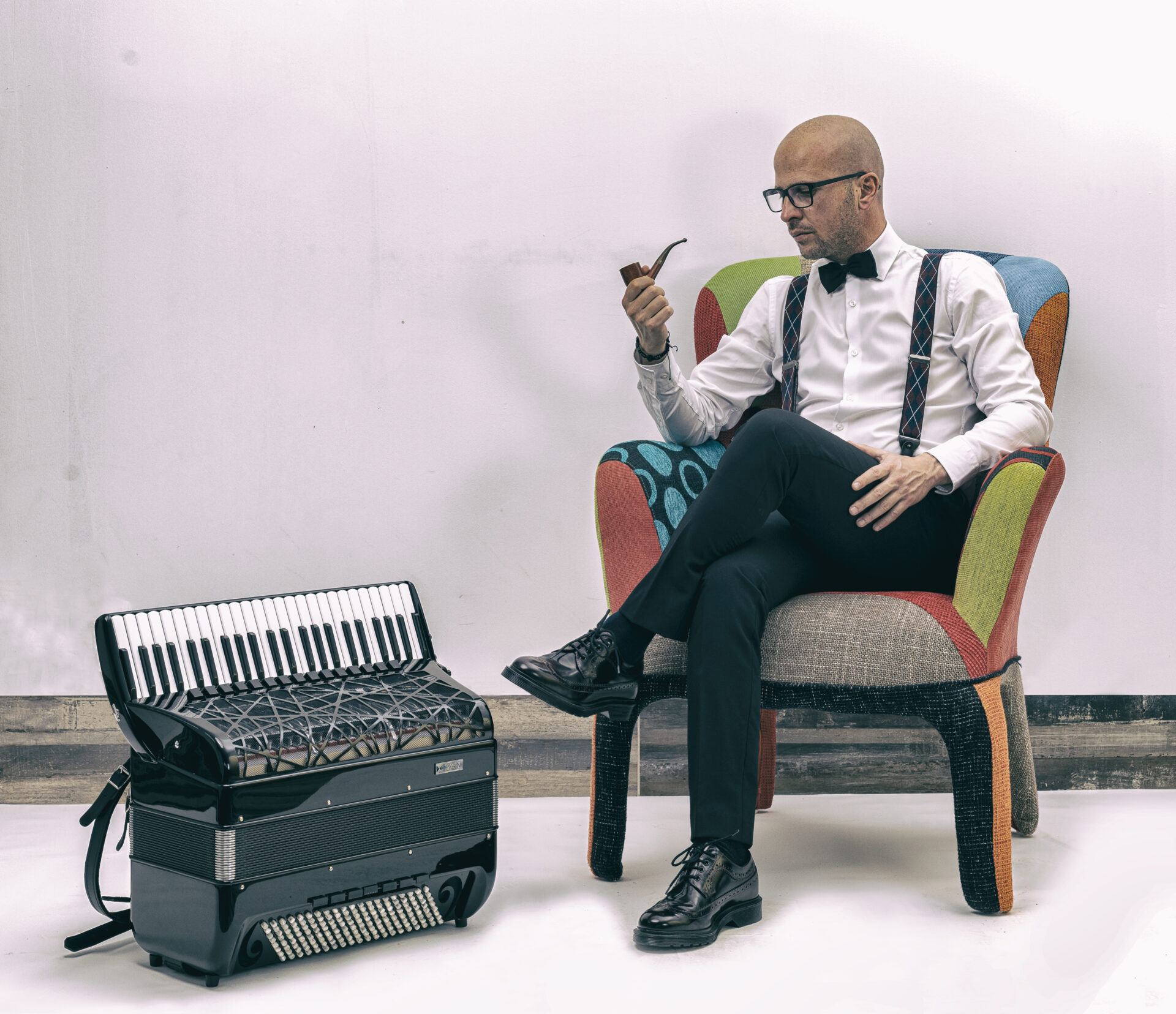 Ivano Biscardi, accordionist from Cosenza, completes his musical accordion studies at the Conservatory of Music “Arcangelo Corelli” of Messina studying also composition, organ and piano.
His musical activity sees him protagonist in many concert seasons in Italy and abroad with a program that reviews the most important stages of the classical and contemporary accordion repertoire. He collaborates with several orchestra and chamber ensembles also as an arranger. In 2003 he recorded a CD on Astor Piazzolla’s tango produced by Sound on Sound by Sony (Austria), in 2015 he released a work of original and classic compositions of Tango Nuevo called “El Barrio” with the Sertango quartet, in 2018 he recorded the album “Accordion Concerto” containing his own compositions for accordion and orchestra.
He is guest in various television and radio broadcasts and author of several didactic works, concerts for accordion and orchestra and compositions for instrumental organs. He gives masterclass also abroad, recently at the Vytautas Magnus University in Kaunas (Lithuania).
He teaches Classical Accordion at the Conservatory of Music “Arcangelo Corelli” of Messina.