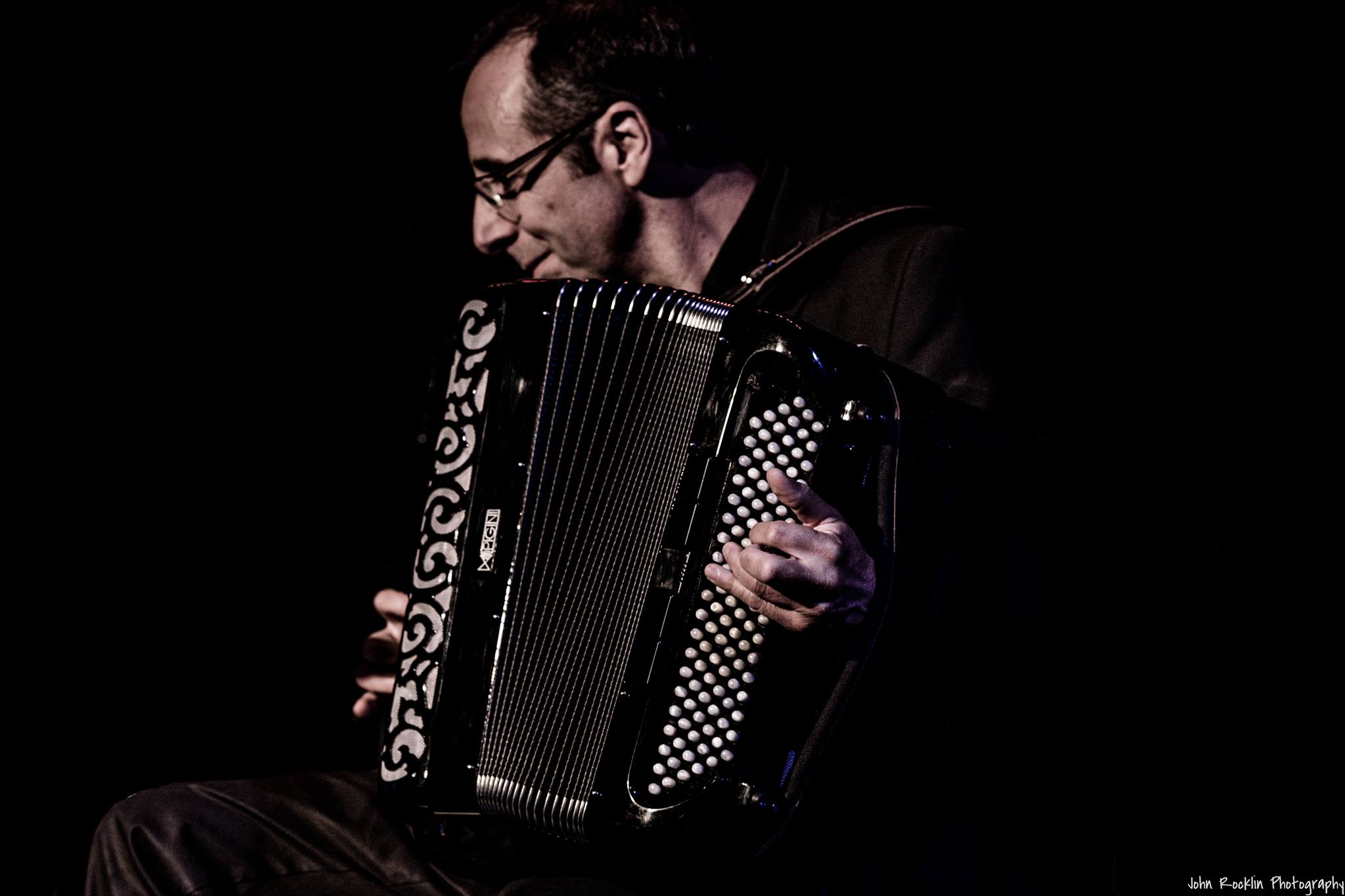 For more than 25 years, the renowned accordionist Jacques Pellarin has been spreading the sound of French music around the world. With the production of 6 albums and multiple international tours, he shares his compositions with an international audience. Jacques starts his career with the Baikal Duo and after 18 years of classical music concerts, he forms a quartet and an acoustic trio getting greater freedom on jazz and world music interpretation. Today, he keeps composing, producing and playing with the duo Jac & Co.

Jacques Pellarin was born in Chambéry in 1962, he began his musical studies at the Accordion Academy of Chambéry under the guidance of Maestro Ricchi. His career stand out immediately: first prize at the APH International competition in Paris in 1981, accordion class at the high school of the Musique du Center Didactique in Geneva (Fernand Lacroix), first prize in the concert category at the International competition in Frankfurt in 1983, courses at the Conservatory of Bratislava (Slovakia) in the class of the concert player Raymond Kakoni, specialization in harmony with Pierre Nageotte.

In 1987 he obtained the degree as accordion teacher for music schools and conservatories. In 1894 he debuted as soloist in classical and Russian music concerts, playing in Switzerland and Rhône alpes. Meanwhile he trained with Jean Pacalet who made him approach to the modern Russian accordion school. During a concert in Yverdon in 1985, he met the talented accordionist Jean-Luc Brunetti with whom he created “Duo Baïkal” ; they have played together for 18 years in France, Japan, Quebec, England, Belgium, Italy, Spain, Switzerland, Germany producing also 4 albums, three of which dedicated to traditional Russian music. The last CD released in 2003 offers a program of original compositions: “Genesia”.

In 2004 Jacques Pellarin decides to end his career as a classical concert player to get closer to jazz music. This new orientation is strengthened thanks to the meeting of a team of jazz musicians including Diego Fano (sax) and Yann Pajean (percussion). In January 2005 the first world album – jazz quartet “Sous d’autres Jazzitudes” is released.

His compositions became part of catalogs of music publishers such as the edition of Parsiparla (France). In April 2007 he made a more intimate album “CHAMPLONG” with chamber music for Bayan accompanied by darbouka, carillon, violin, bandoneon. In 2009 he began a tour in America with the “Jacques Pellarin Trio” which then continued in Switzerland and France. In 2010 he released the album “Karenita”. In 2011 he released “Sup Dude” in electro jazz quartet, acclaimed by the critics.

In the same year, he creates together Corinne Pellarin the duo “Jac & Co” from which comes the album “Waiting for you” to which they are associated the “Cinematic Accordion Sound” extracts.

They collaborate for the MYBESTFRENCH (N.Y) music agency specialized in synchronized music placement and films in North America.

He made the soundtrack of the movie “Madeleine et la lune” (2012), the video clip “La Messe est dite”, placed on CINAVISION TV (Australia).

Jacques Pellarin’s 6 CDs enjoy great international notoriety including many radio stations such as the National Public Radio in USA that regularly transmits its works.