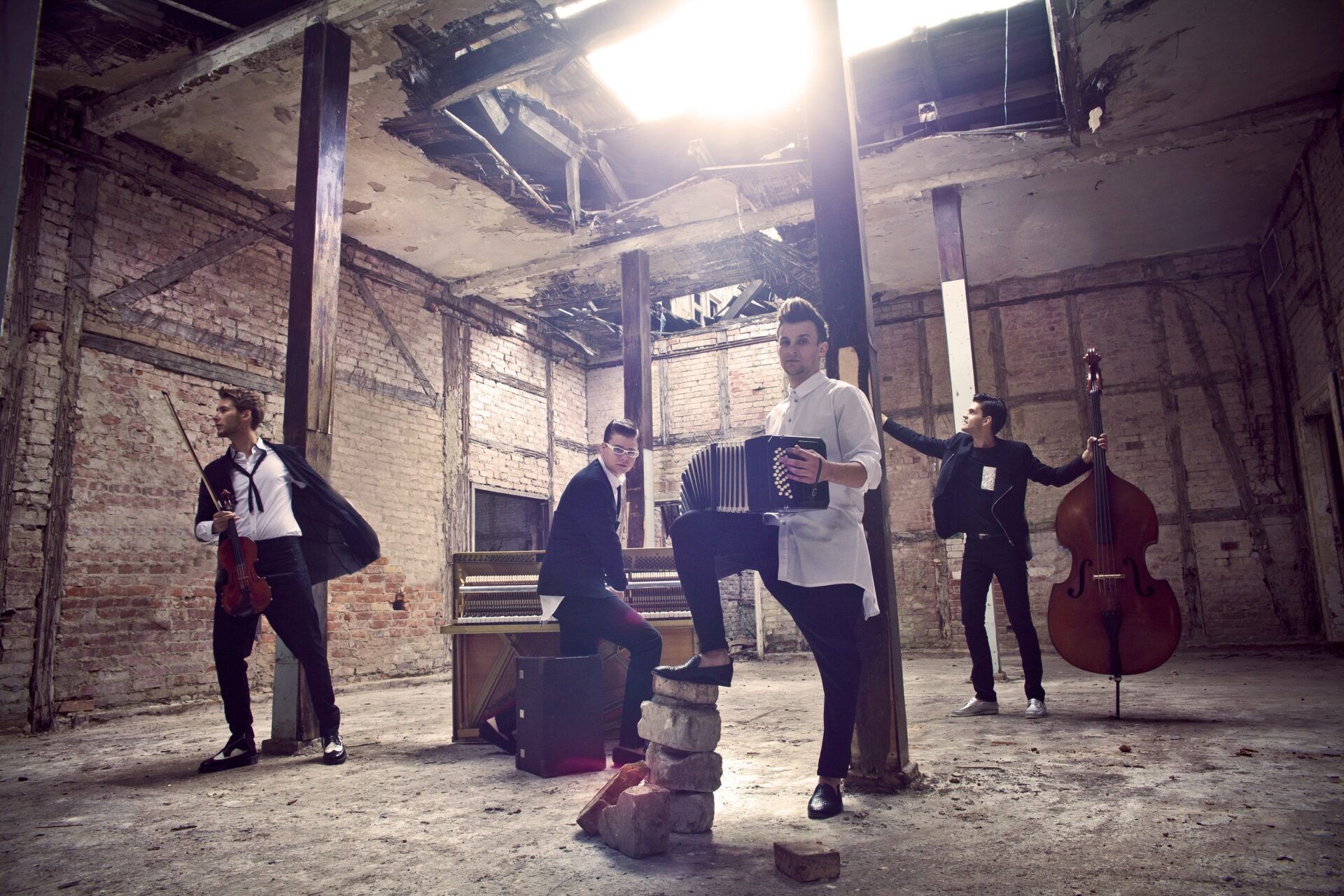 Bandonegro is a world class Tango Orchestra band. The unique musical idea, passion and an ideal sense of style have made these young Polish musicians win the hearts of listeners all around the world.

In 2016, the band appeared on the Polish music scene, combining Tango with elements of jazz and rock. This resulted in joint concerts with Edyta Górniak, Mieczysław Szcześniak, Andrzej Piaseczny, Maryla Rodowicz, Rafał Maserak and Anna Głogowska. In May 2016, they took part in the largest concert tour in Poland “Atmasfera Tour”, playing in 16 indoor concerts throughout the country.

In December 2017, they released their following album “Tanchestron”, which resulted in the band’s intensive concert activity throughout Europe.

In January and February 2019, the band took a concert tour in Argentinian Buenos Aires. The musicians aroused huge applause from their audience, performing in iconic clubs and during the prestigious Argentina Tango Salon festival.

Famous tango legends and native Argentinians gathered in Salon Canning, La Viruta or Bilongon they could not withhold their admiration for the band’s sound:

“Unprecedented energy and exception sound. There are only four band members but they sound like a 10-person orchestra! Nito Garcia (Legendary Argentine dance)

“Your music moves hearts. I am so happy that I could hear you!” Fernando Suarez Paz, legendary violinist of Astor Piazzolla
SITO WEB