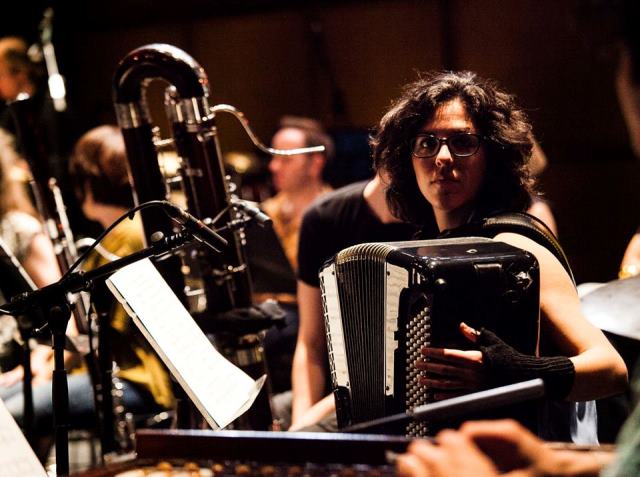 Born in Perpignan, France, the accordion and the piano and in 1987, Fanny Vicens has carefully studied as a young man of these tools who has built his career. His skill and his style helped her to be the first accordionist to receive awards and salaries by the Fondation Banque Populaire in Paris and Yehudi Menuhin Live Music Now, in Stuttgart.

Currently, Fanny continues to contribute to the development of accordion music by playing songs and adapting premiere chamber music and pieces for accordion from baroque to contemporary music.

After graduating from the Regional Conservatory of Perpignan, Fanny has got to study with masters such as Yannick Ponzin, Marie-Christine Guichot Dens and Pascal. Fanny, from the age of 16, he studied at the Sorbonne and received a well-deserved diploma in music.

Its 2016 Summer begins with a tour with three shows with the Orchestra of Canne, within a Jean Françaix concert program.

Soon he will join the ensemble Cairn Accordionist, starting in September 2016. It also perform in “Accordéon classique” series: Four concerts and performances by classical and ancient music.