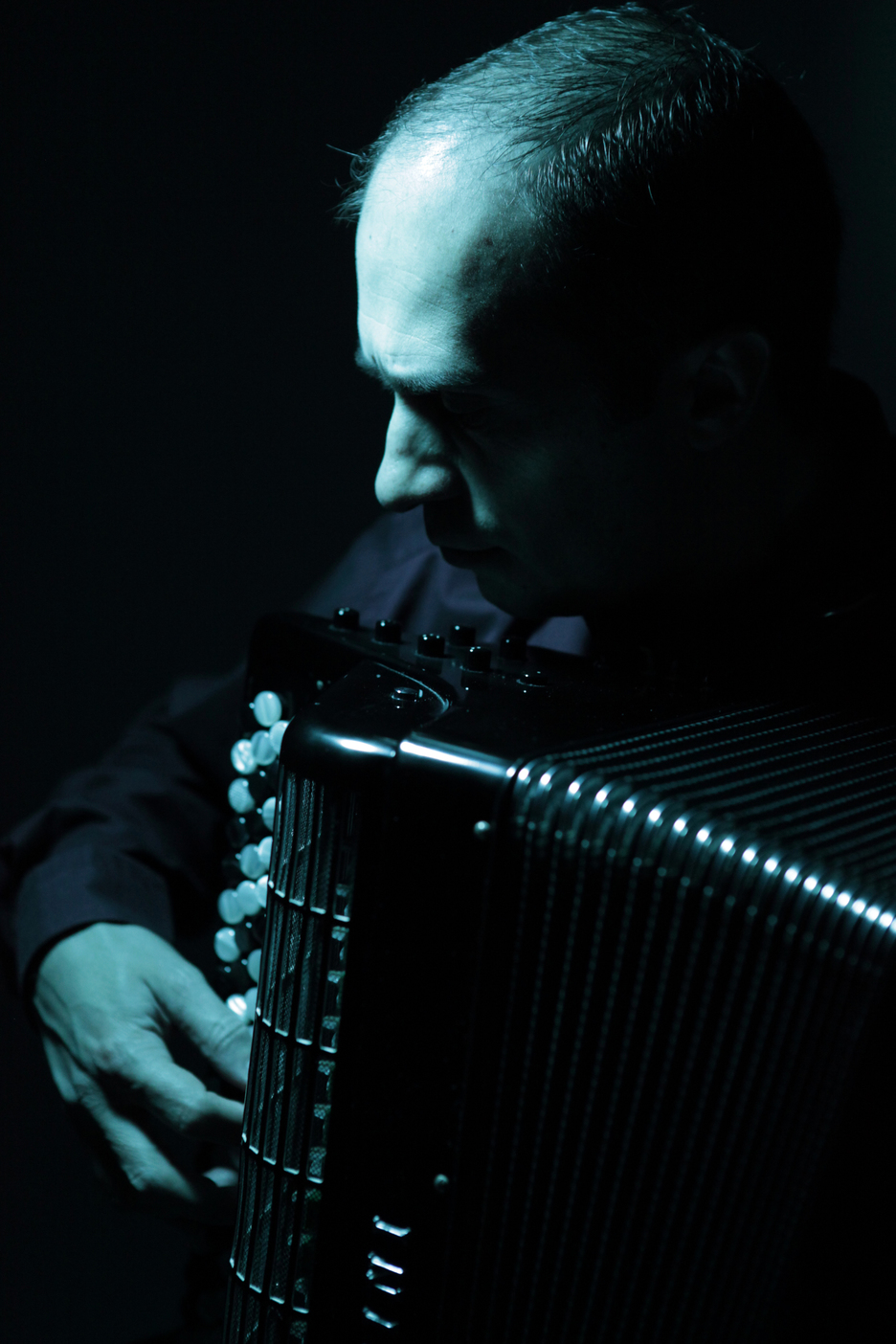 Paulo Jorge Ferreira was born in Lisbon in 1966. He began his musical studies at the age of five with professor José António Sousa. The deep study dedicated to the accordion, with his qualified professor, gave him the opportunity of participating in national and international contests, achieving distinguished classifications. Along his musical learning he attended seminaries directed by some of the most prestigious contemporary accordionists. His accordion course was accomplished in Vitorino Matono Musical Institute, having posteriorly finished his superior studies in the Castelo Branco Superior School of Applied Arts. He has performed solo and chamber music concerts, both national and internationally, namely in France, Mexico, Belgium, Austria, Italy, Macau, Spain, Hungary, Holland and Germany, playing with highly honoured portuguese and foreign musicians. During his career he has performed in some of the most important European concert halls like the Musik Werein, Muziekgebouw, De Single, Odéon Theatre de L’Europe, Teátrum House of Future, Berliner Philarmoniker, among others. He also has participated as an instrumentist, in several orchestra pieces’s premières, ensemble and chamber music, that include the accordion. He has been invited as a guest musician by symphony and chamber orchestras, for example, Beijin Orchestra, Gulbenkian Orchestra, Portuguese Symphony Orchestra, Porto National Orchestra, Lisboa Sinfonieta, Remix Ensemble, and as a soloist with Esart Ensemble, Remix Ensemble, Cascais and Oeiras Chamber Orchestra, working along with famous international conductors, as Stefan Asbury, Jürgen Hempel, Lawrence Foster, Peter Rundel, Martin André, Emílio Pomarico, Carl St. Clair. He collaborates in a regular basis with Remix Ensemble, the Gulbenkian Orchestra and Porto Symphonic Orchestra Casa da Música. With Pedro Santos he has an accordion duo (Duo Damian), with Carlos Alves one of accordion and clarinet( Artclac), with Catherine Strynckx one of accordion and violoncello, with Ana Ester Neves (soprano) a duo of accordion and voice, and a quintet with a string quartet. Along his musical carrier Paulo Jorge has been participating in several discographic recordings, radio and television programs. Simultaneously he has also been developing the activity of composer, writing works for solo instruments, chamber music and orchestra. Due to the growing interest in his way of writing music, he has been commissioned by some of the most renown soloists, chamber music groups and portuguese music festivals, and some of his pieces have also been performed abroad. Discs with several of his works have been published and the printed edition of his music is being released by AVA Musical Editions. He lectures in the Applied Arts Superior School in Castelo Branco, in Castelo Branco Regional Conservatory and in National Conservatory in Lisbon. Some of his students and chamber music groups have won first prizes in national and international accordion and chamber music competitions. Paulo Jorge often participates as a jury member in international accordion competitions. He is the artistic director of the Folefest, an accordion festival and contest. He has been considered a preponderant element in the artistic development of the accordion in Portugal during this last decade. In 2004, it was published by “Numérica” a solo cd “Percursos”.